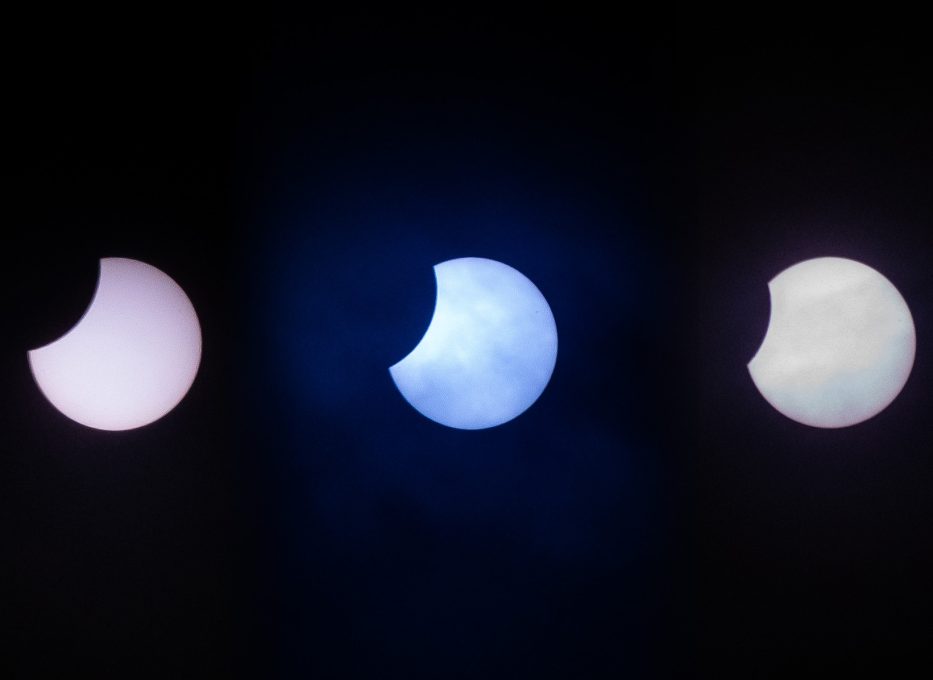 There was a partial solar eclipse visible from the UK today. I dug out a homemade solar filter I first assembled sometime in 2012! It’s a cardboard affair made using Baader AstroSolar film which looks like a kind of foil and blocks 99.999% of light. Even then, to get a photograph of the sun, you need to get a shutter speed as fast as possible to minimise the light coming into the camera. I used 1/8000 second which is the fastest my camera will go. Focus at infinity with manual focusing, and away you go.

The image above shows three different shots taken at different points during the partial eclipse. The central image was taken at about the maximum point of this eclipse – at least as viewable from where I was.

The next total eclipse viewable in Europe will be on 12th August 2026 when it’ll be best viewed from either northern Spain or western Iceland. Start planning those trips to Zaragoza or Reykjavik now! (The UK will be 90%+ covered by the sun, but won’t experience totality.)